Those who don’t have time to travel outside the city can take advantage of the “Happy Journey BEM” project, which allows MRT commuters to explore popular tourist attractions and the culinary scene along the line of the MRT.

This is a collaboration between Mass Rapid Transit Authority, Tourism Authority of Thailand and Bangkok Expressway and Metro to offer a series of free day trips with exclusive lectures and creative workshops for MRT passengers, MRT Club members and students to promote tourism under the new normal.

On March 23, a walking tour will depart from Wat Mangkon Station and take guests to three historic Chinese and Thai temples, plus a Michelin-recommended restaurant, to trace the beginnings of Chinatown and savor real Chinese flair.

The first temple is Wat Mangkon Kamalawat, which was built in 1871 with funds granted by King Rama V and Chinese immigrants. It is currently undergoing major renovations, but worshipers can still light incense sticks to pray to the gods for good health, success and peace.

Known for its Teochew-style architecture, the main hall houses large statues of Gautama Buddha, Amitabha Buddha, and Bhaisajyaguru Buddha with the Eighteen Arhats. On the other side, those born in the Years of the Monkey, Pig, and Tiger can pray to Tai Sui, the God of Fate, for their protection. 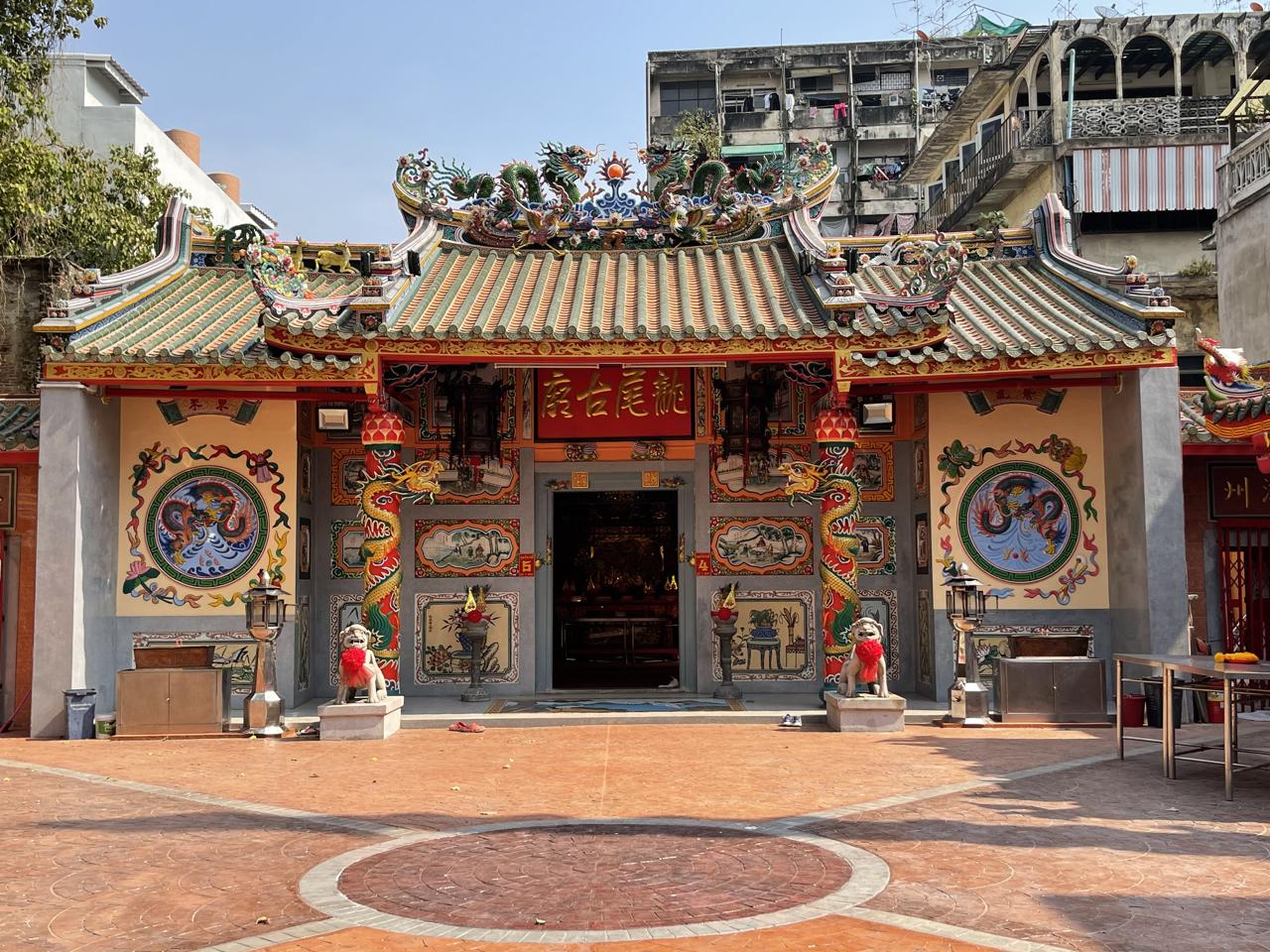 Located in the heart of the old market, Leng Buai Eia Shrine was erected in 1843 and underwent multiple restorations before the Teo Chew Association of Thailand spent 10 million baht to renovate it as a tribute to the dragon god.

At the gate, a pair of two dragon pillars serve as guardians, and the roof is adorned with two dragons capturing a crystal ball. Inside, the shrine houses statues of Leng Buai Eia, Guan Yu (God of War) and Tain Hou (Queen of Heaven).

It also houses an ancient bell from the Ming Dynasty, while pilgrims can ask the gods for wealth and good health.

A stone’s throw away is Wat Kanmatuyaram. During the reign of King Rama IV, Klip Sakhonwasi donated his flower garden to build the temple with an upside-down Sri Lankan-style bell-shaped chedi inspired by the Dhamek Stupa in India. Inside, its walls are covered with murals illustrating the life of Buddha.

Jok’s Kitchen on Charoen Krung 21 serves a Chinese-Thai chef’s table style dinner, bringing the trip to a close. Some of the most popular dishes include wonton with shrimp, fried snowfish with soy sauce and sautéed kale with salted halibut.

Find out more details on the MRT Bangkok Metro page on Facebook. 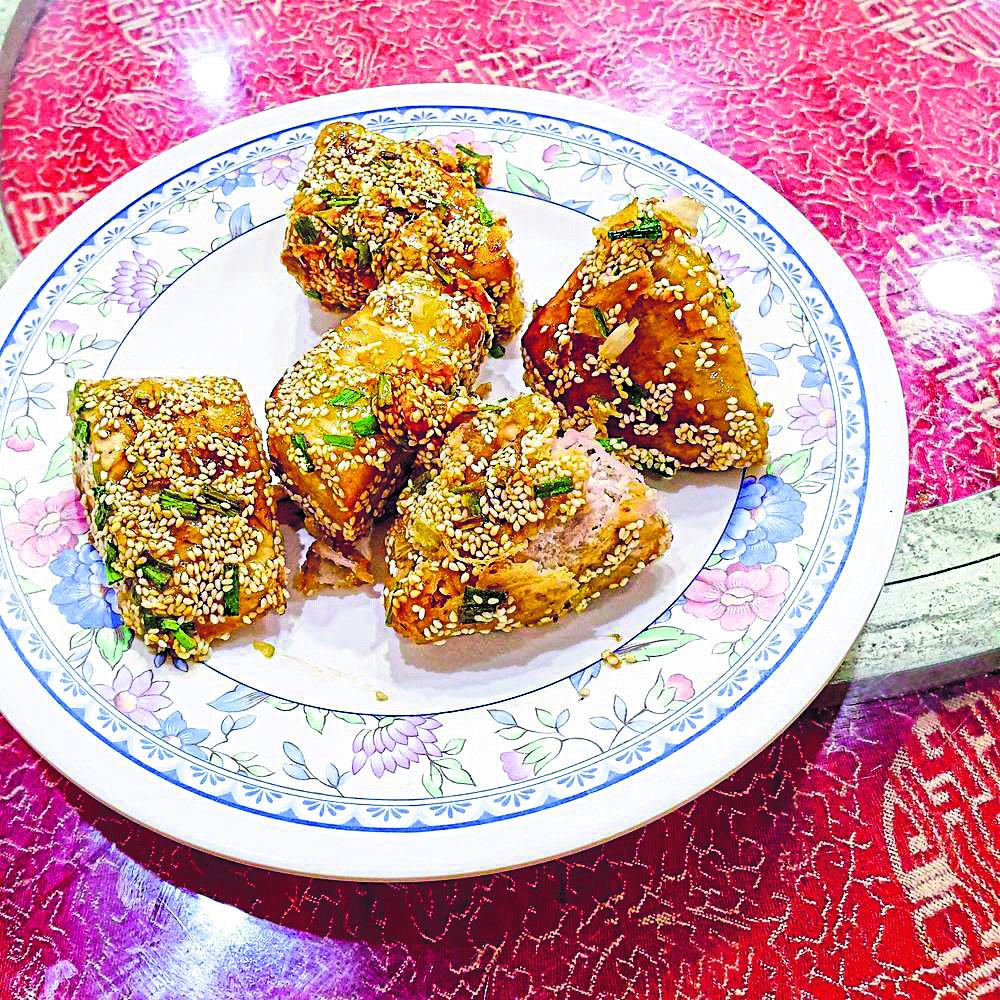 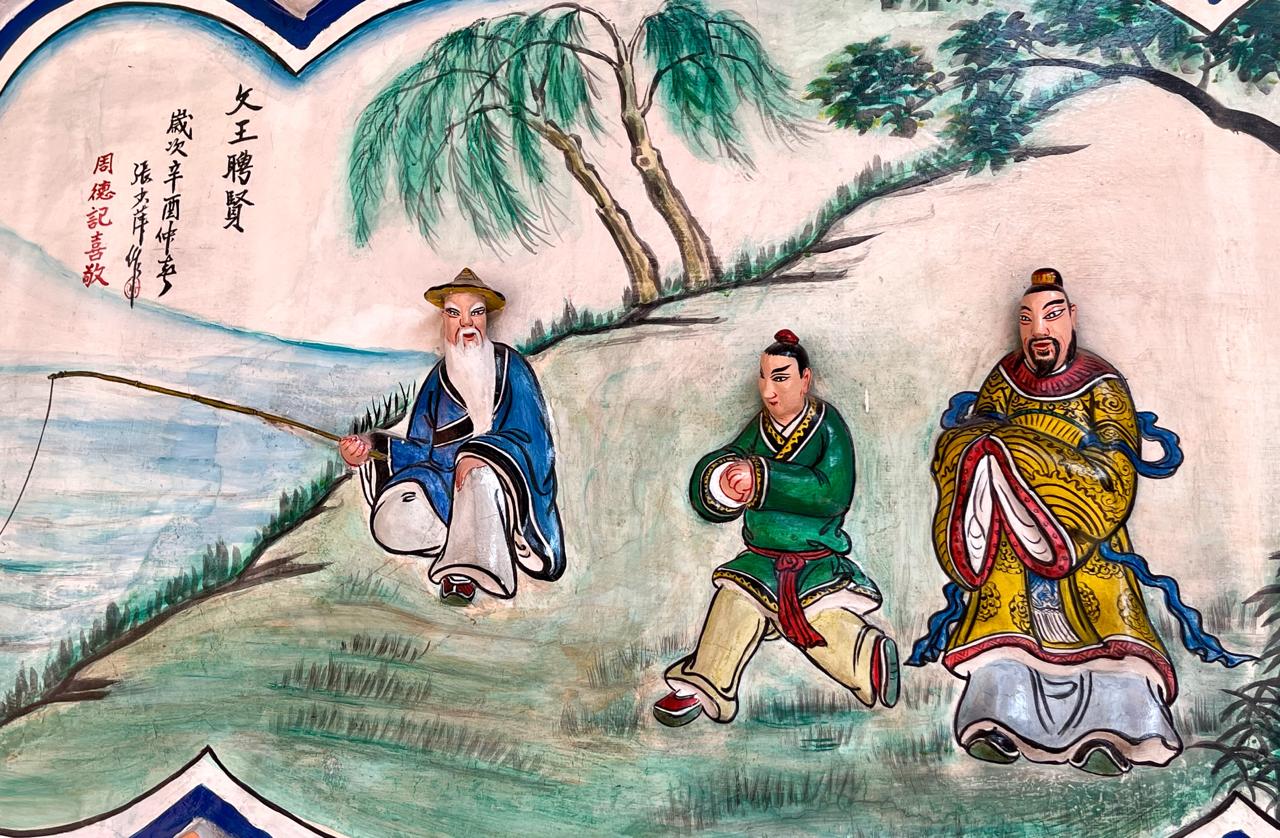 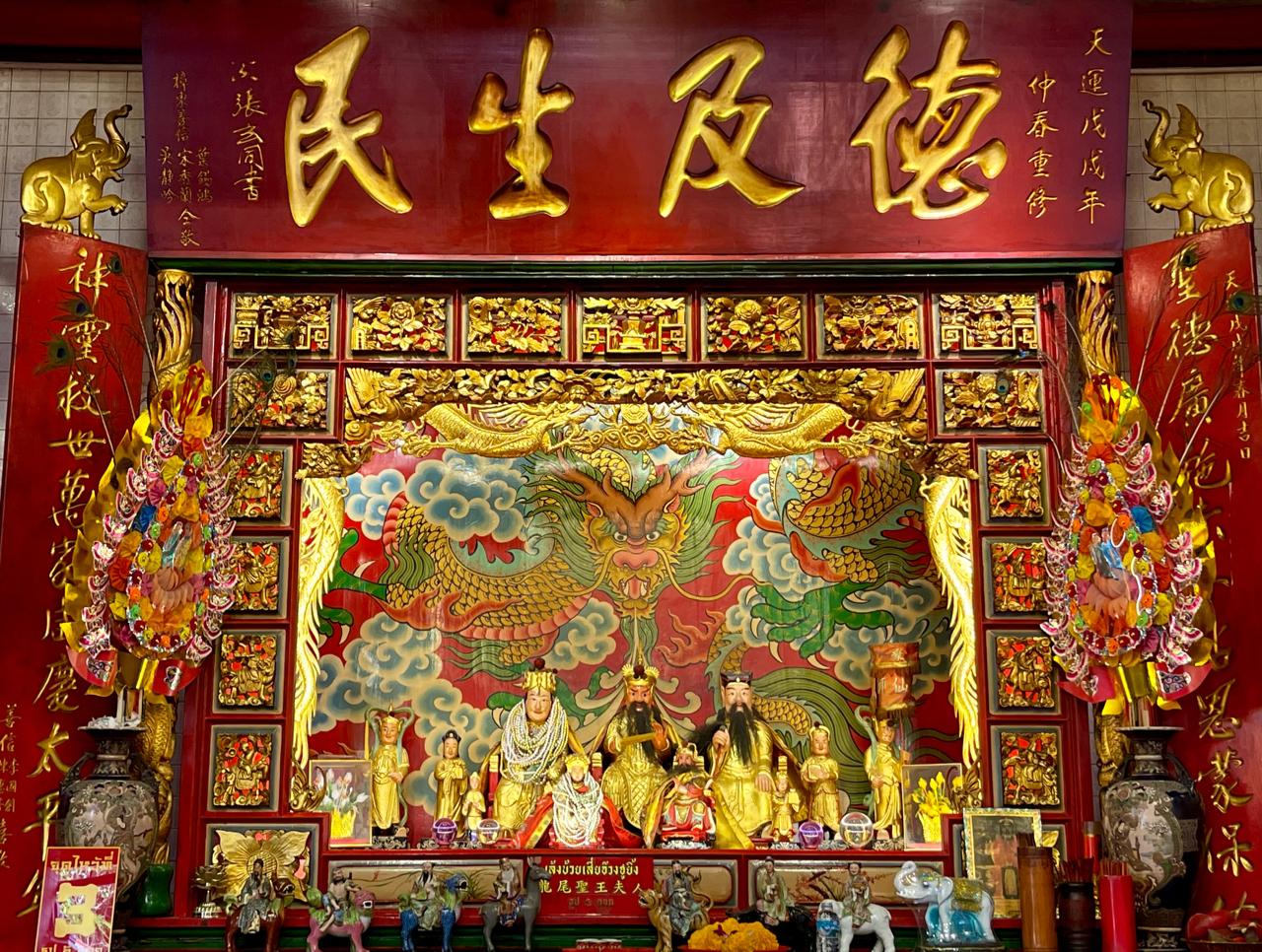